Club of Kirkland
Chartered in 1947 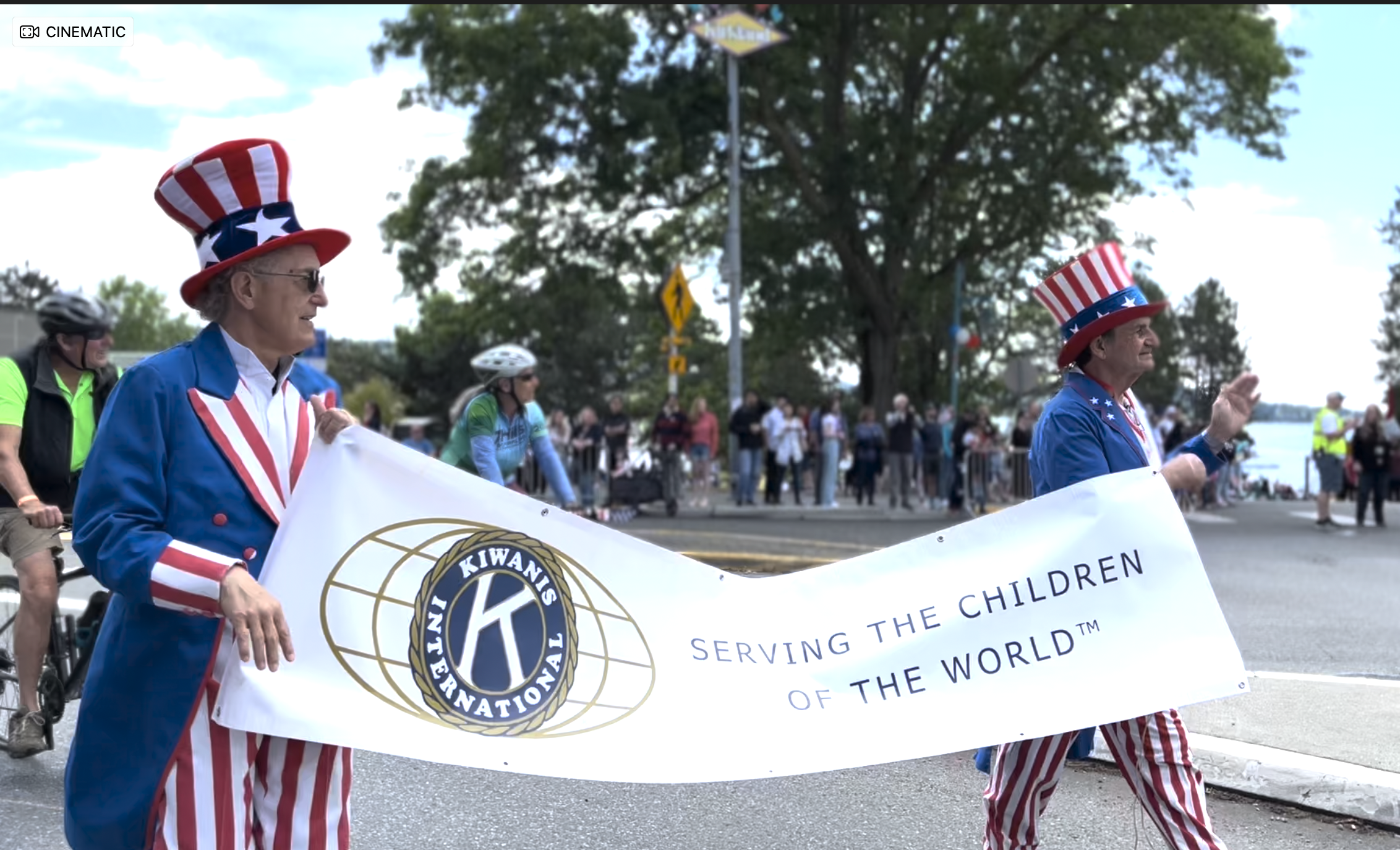 Welcome to The Keyhole!

Today’s meeting had 14 participants at the Eagles Club, plus another 5 via Zoom. Many thanks to Don Corning, who managed the Zoom portion and to Jim and Irene Hutchinson, who connected us today.
President Jim called the meeting to order at 1215. We welcomed a guest (who knows a lot of Kiwanians) Glenn Peterson. Matt sang a spirited Take me out to the Ballgame and O Canada and led our group in the Pledge of Allegiance. Thank you, Matt. Thanks also to: Kathy O for scribing/ greeting and to Tom P, who keeps us honest, signs folks in and collects funds for room rental. As a bonus, Tom collected badges at the end of the meeting – he saves some of us from owing fines!

Matt also provided our inspiration today. He recounted the information that the statue of Liberty is a figure of Libertas, a robed Roman liberty goddess that holds a torch above her head in her right hand while in her left is carried a tabula ansata inscribed July 4, 1776 in Roman numerals. The statue, a gift from France to the USA was dedicated October 28th, 1886. At the Seattle Flag Pavilion on the 4th of July, 1986, the 100th anniversary of the Statue of Liberty was celebrated. It was also the day I (Matt Gregory) took the oath of allegiance to the USA for my 4 year old son, Peter Gregory, whom we had recently adopted from South Korea. On the 7th of May in 2015, my godson, John William Lee Bedford wrote this on his Facebook and posts it every year:

“28 years ago today, my life was forever changed. I stepped off an airplane from South Korea and
met my mom and dad for the first time. They taught me that blood isn’t necessary to be family.
They showed me what unconditional love really means. They taught me that LOVE = TIME. I could
never repay them for what they have done for me. I can only pay it forward and love others in my
life as family, Honestly, in the gift of life, I won the lotto for the most important thing in life, love.”

Tom provided a report on the board meeting Tuesday. He will send the budget out soon.

Jacki Jury updated the club on her brother, Don’s condition. He’s been re-admitted to the hospital for complications related to his back – Hang tough, Don!

Carol is recovering from an emergency appendectomy and Bonni is still battling Covid. Phyllis is going in for hip surgery and Hal is in Florida with his sister. Be well, friends!

Not much new to report. Thank you again to Habiba who will work with the team on securing new members

The 4th of July Parade was a blast! Several of us worked hard to make Scott’s trailer look mighty patriotic. Bonni worked tirelessly behind the scenes on decorations and Ruth Ann’s Tree was majestic.

Irene and Don C are still working on the transition from Portal buzz to Word Press. It takes a village! Irene will send out the directory to members soon (suitable for printing and saving).

Ron took Ken Popp fishing and had a blast! (not sure how many fish were caught, though…)

John gave kudos to Bonni and Walter for their work on the float and to Scott for the trailer.

Ron was happy to take Ken out on the lake.
Irene is happy she is still married to Jim after the last week!
Honey gives thanks for all the hard work folks are doing.